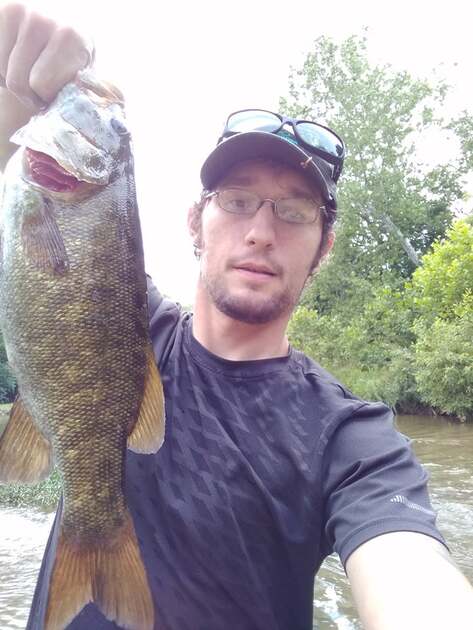 ​NAPRA Angler Profile: Ben Burton
Ben Burton, fresh off fishing both the Ohio Fishing Series and Fall League in 2021, joins the Elite Series in 2022. Ben is an angler that is very knowledgable, accurate in his casts and hook sets, and will surely be a force to reckon with. "Ben's gonna be in the division race from the first event to the last.", voiced NAPRA CEO Pete ZIehler. He and Ben competed in the 2021 Beat Pete Series and it was a battle. "He's good, really good." stated Ziehler.
With the last event on his favorite stretch (East Fork of the LMR) he will surely be battling it out for the South Division division title till his last cast. Best of luck in 2022 Ben.... 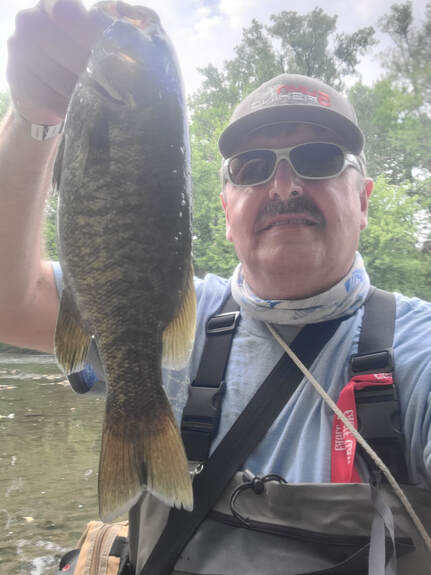 ​NAPRA Member Profile: Marvin Reynolds
NAPRA will give its fans a great chance to meet and learned about its 2022 Elite Field and a little behind the cast info on its anglers. Each month we will feature 2 veterans of the field in preparation for the 2022 post season in August. The first in this feature covers Marvin Reynolds...
"Cool, calm, and collective" is the best way to describe Marvin. He has been part of the NAPRA Elite field since 2016 winning the ROY crown in his first season. Marvin is very prone to use top water lures like the Chug Bug, his favorite, to start off his time on the water. He is slow and methodical but has great results when he has the fish dialed in. He is 2nd all time in Elite Points and 12th in NAPRA career wins. His last win was in 2020 when he won at LMR South Course with 56" of fish. Marvin served as VP of NAPRA and has invested tons of time helping the league grow each year he has participated. Look for great things from Marvin in 2022! 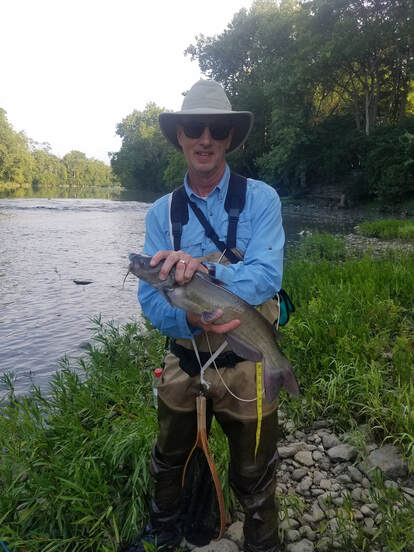 ​NAPRA Member Profile: Dave Schaller
NAPRA will give its fans a great chance to meet and learned about its 2022 Elite Field and a little behind the cast info on its anglers. Each month we will feature 2 veterans of the field in preparation for the 2022 post season in August. The first in this feature covers Dave Schaller
"Dave is a mystery. He comes to fish, smiles, goes off and fishes his own pace and own style and has great results," stated fellow NAPRA Elite Pro Pete Ziehler. He added "Dave is a master of all lures and has the patience of Methusaleh".
When Dave arrived on the scene with NAPRA in 2015 he proceeded to win the first two events he fished. He has gone on to be 10th in Career NAPRA points and a great voice of reason for trends and decisions made by NAPRA brass. Dave is coming off a series of injuries in 2021 and looking to rebound and claim his first Wade War title in 2022. Best of luck Dave! 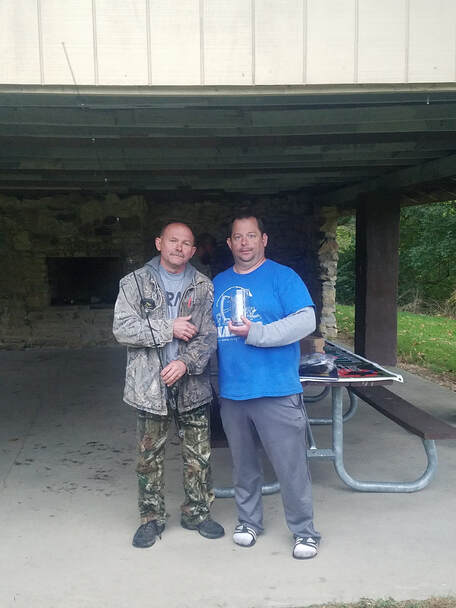 ​NAPRA Member Profile: Charles Brannam
"He knows the spots and cleans up!". A quote from the NAPRA archives from the 2018 Wade War as Charles Brannam won the Title on a very hard fishing day. Charles, our latest NAPRA Elite angler profiled, put his stamp on NAPRA history that day as it was a day when half the field could only manage 20" or so inches of fish. His 52.5" was enough to win and prove when the fishing is tough Charles comes through. He is 7th all time in both Elite Career Points earned and in wins. This year expect him to be tough to beat as the North Elite schedule hits some of his favorite river haunts. Best of luck Charles in 2022. Here is a picture of him at the 2018 Wade War and showing off his skills... 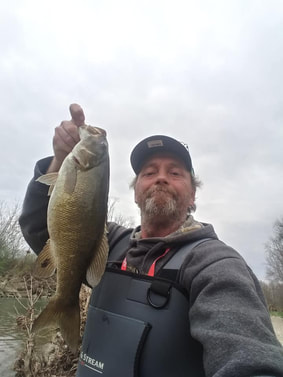 To see the smile on Travis Lakes's face when he discovered he won the 2021 Wade War made you ponder a question: Whom was more proud of Travis? himself or the rest of the field for his hard work?   Regardless of the answer, the results showed that Travis is one of the best anglers in NAPRA history along with being totally about doing it right. "He's good, really good, stated a fellow angler" to  NAPRA CEO Pete Ziehler when discussing anglers at a recent NAPRA outing.  His laurels include being the WW champ, 3rd all time in Elite points and wins while serving as the NAPRA Elite Director.  Look for the  current "king" of NAPRA to continue his hot streak as the 2022 season starts April 24th. Best of luck Travis. 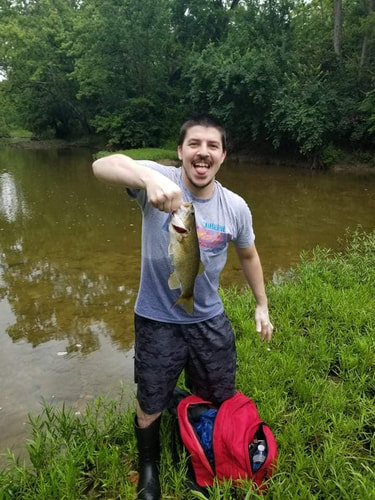 ​NAPRA Profile: Justin Demangone
While Justin dipped his waders into the NAPRA World last Fall as part of the 2021 Fall League, look for Justin to really blossom in 2022. "I had the opportunity to fish with him once in the Fall and he is truly one of the nicest guys I have ever met. Total heart!" voiced a fellow NAPRA anglers. Justin will compete in a very loaded South Trail and will look to make his mark on the 22' ROY standings. Best of luck Justin! 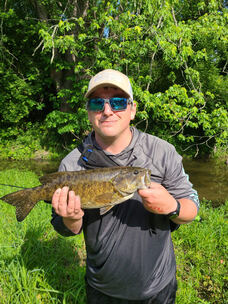 ​NAPRA Member Profile: Aaron Newell
Three victories in a row. 2021 ROY and very possible the hottest rookie campaign ever is the best way to describe Aaron. Ready for his second Elite campaign, Newell is chomping at the bit to claim his first Wade War title in 2022. Best of luck bud!

​NAPRA Member Profile: Daniel Brown
A rookie on the 2021 Elite Daniel, Daniel has two traits that best describe him. Great smile and even better father. A very personable person he puts his family first and enjoy having fun on the Elite Tour. He will lead the South Elite as their director this year and is looking to make his mark on the 2022 field! Best of luck Daniel! 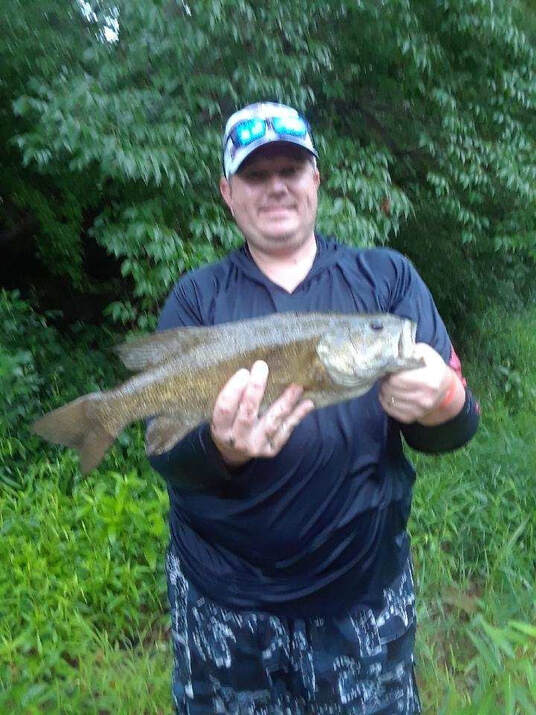 ​NAPRA Member Profile: Tony Herald
Tony is a very well versed angler. He knows his stuff, how to fish, and truly has fun. He also home-grows his weapons of choice as he is the CEO of Silvercreek Bait Co. , a proud NAPRA sponsor including being the Title Sponsor of the North Elite Trail. When he is on, he is tough to beat. Proof is in the pics! Best of luck in 2022 Tony!
​
​NAPRA Member Spotlight: Two For Tuesday!
Well, we have two rookies this year on our Elite Tour. Both anglers. Willie Tansley and Matt Wesley are avid anglers looking to crave their competitive fire on the NAPRA Elite tour this year. Both will be competing in the 2021 South Elite Trail presented by Penn Station. Best of luck both of you! 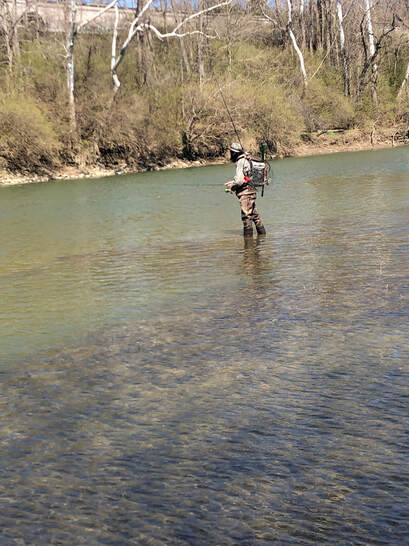 NAPRA Member Profile:  Everett Sheets
Well versed in his fishing is the best way to describe 2022 Rookie Everett Sheets. He fishes every conceivable style of fishing be wading, kayaking, deep sea spear fishing., etc. Ok, that may be stretch but the point is he loves fishing and his knowledge and passion for river angling will be an awesome addition to the 2022 NAPRA Elite Field. 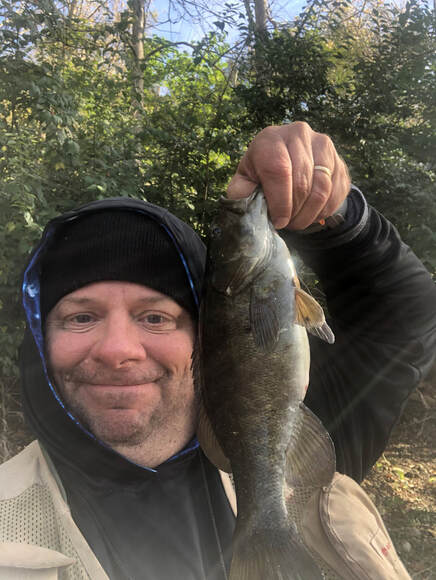 ​NAPRA Angler Spotlight: Pete Ziehler
The founder of NAPRA and longest tenured angler, Ziehler has been instrumental in growing NAPRA to what it is today. His victories are few and far between but he is proud of the collection of wins in terms of sponsors, anglers, and colleagues that make NAPRA what it is today. He is looking to represent Copple Outfitters as a pro staffer and return to the champion's club this year. Best of luck Pete on the trail this year. 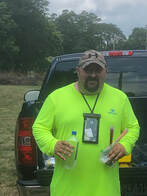 ​NAPRA Member Profile: Ralph Evans
What a way to start off a profile! The winner of the 2022 First Cast Preseason event just two weeks ago, Ralph is primed to start off fast this year. A member of NAPRA for 2 years, Ralph will direct the North Elite field and show off his extreme passion of fishing. Best of luck Ralph !
Powered by